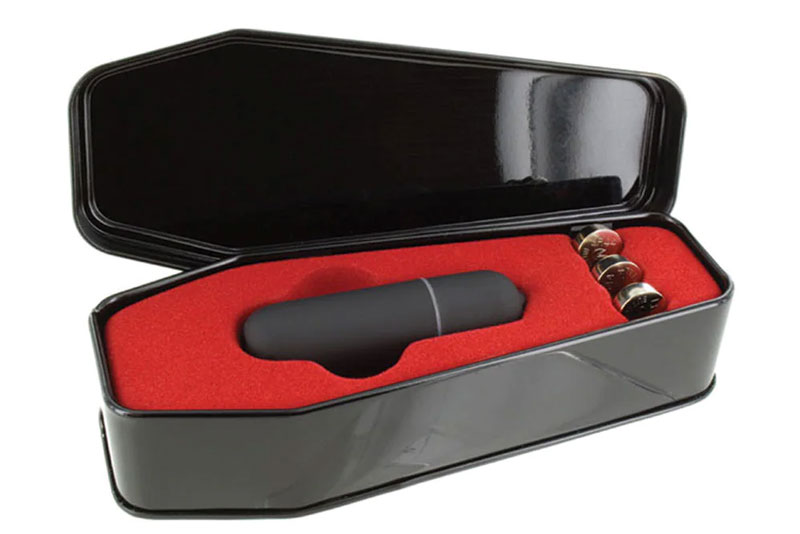 The Vampire features three different vibration speeds, which one can toggle between by repeatedly pressing the small end button. Vibrations are strong, intense and more powerful than many other bullet vibrators. Yet it keeps noise at acceptable levels, even on its most intense speed, maybe not the quietest, but it won’t wake dead. The outside is finished in smooth matt black plastic, which is thankfully free from nasty phthalates and garlic. Best of all, it is completely holy-water proof, so great for in the bath or wet’n’messy play.

Like many other bullet vibrators, the Vampire takes three LR44 button bat-teries, of which six are supplied: three ready installed and three stacked up in the tin waiting. This sucker’s most certainly ready for action! Being such small batteries, they do not last long, which compounded by the cost of these less common batteries on the high street, make this not a cheap toy to run. I recommend buying replacement batteries in bulk from Amazon Marketplace, where 10 x Duracells’

can be purchased for a little over £3.

The only downside we could find, is on placing the Vampire in its tin, the molded padding around it is snug and often depresses the button to turn it on. As such, I would definitely advise removing batteries before taking this toy travelling. 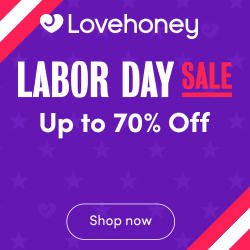